Omniscient point of view is most associated with nineteenth-century novels.

Basically, omniscient point of view means that the story is told from an all-seeing God-like, omnipotent viewpoint. You would use third person pronouns in the writing, but you can choose to dip into the head of any of the characters and reveal things that have occurred in the past or will happen in the future.

This was once a very popular method of storytelling. There are some cases where this can add an extra dimension to your writing when done well. Joseph Conrad was a master of omniscient viewpoint.

The trouble is that each character must have a distinctive voice so that the reader is never at a loss as to whose head he is in at the moment. This is an interesting device for an epic novel which explores a theme with several tangled subplots. It is difficult to manage because if you give away the wrong information (in other words if you tell us what we want to know) then you lose tension using this technique. But if you can control it, and give the reader the right amount of information, you can increase tension considerably.

Limited omniscient basically means that while you have a God-like perspective of the story, you limit yourself to being in one character’s head at a time. It allows you to switch characters as many times as necessary, even within a scene.

Think about true omniscient POV as having a camera panning throughout the room at a party scene, dipping into anyone’s head and perhaps more than one person at a time, by taking on the collective group perspective. Then you can think about limited omniscient more like passing a camera around the room with each person filming their own POV of the story.

True omniscient viewpoint can be difficult for your reader to follow. The limited omniscient makes it a bit easier, but even that is not an easy challenge for a beginning writer.

If you use a method of storytelling like omniscient POV that takes away from the intimacy, you need to provide a real benefit in some other way.

“Writers are gods. We get to create entire worlds, populate them, and even…destroy them. Of course, writers can do this in any viewpoint, but omniscient point of view adds another layer to the process.”
– Nancy Kress

In Pride and Prejudice, when Jane Austen writes, “It is a truth universally acknowledged that a single man in possession of a good fortune must be in want of a wife,” she (or more precisely, the novel’s omniscient narrator) isn’t exactly holding back with the attitude and the opinions.

The neutral narrator of a standard third-person novel could never write a sentence like that.

Not only can omniscient narrators share their attitudes and opinions and comments with the readers, they can actually address the readers directly.

If nineteenth-century omniscient point of view novels are your thing and you think you can write a twenty-first-century version, go for it. Just be aware of two things…

It is a technically demanding viewpoint to use. If the sign of a beginner is to mishandle point of view, you will really have to know what you are doing if you want to write a third person omniscient novel and not look amateurish.
Giving omniscience a modern twist is imperative. And the way to do that is to use the narrator far more subtly than did your nineteenth-century counterparts.
To see how contemporary writers have brought the third person omniscient viewpoint up to date, try Vikram Seth’s A Suitable Boy or John Irving’s A Widow For One Year.

The greatest advantage of using the third person omniscient point of view is the total freedom that it offers a writer. In inexperienced hands, that total freedom is also the viewpoint’s greatest drawback.

2 thoughts on “Omniscient Point of View”

A Carpet of Purple Flowers 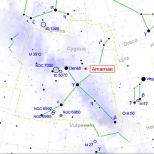 Place in the cosmos – beginning of time

Seeking you seeking me

Be the light you came to be

A Mixed-Media Artist and Author. Tracey-anne lives in South London with her family. Certified to teach, her world is filled with various forms of creativity. She has exhibited art dolls in a Canadian gallery and has been published in various U.S.A magazines. With her active imagination mingled with a love of folklore and the old mysteries, she felt inspired to write a fictional story revolving around love and karma, blending reality with fantasy. Her novel 'A Carpet of Purple Flowers' is the synchronicity of a storyteller's mind at play with an artistic heart.

An enigmatic deck emerges from the Renaissance

Musings of a hard working writer.

Thought Catalog is a digital youth culture magazine dedicated to your stories and ideas.

"I dream of painting and then I paint my dream." —Vincent Van Gogh

Ruminations, ramblings, and rants about narcissism and trauma, politics, human nature, religion, pop culture, writing, and almost everything else

A Blog about the Birth of Our Civilisation and Development

An (American) Woman Without a Country: Erin A. Bergin

A research based blog with a personal twist exploring an amalgamation of history, culture, and literature past and present.

Where Angels Fear to Tread?

Echoes from the Vault

I'm the last words of a slain poet